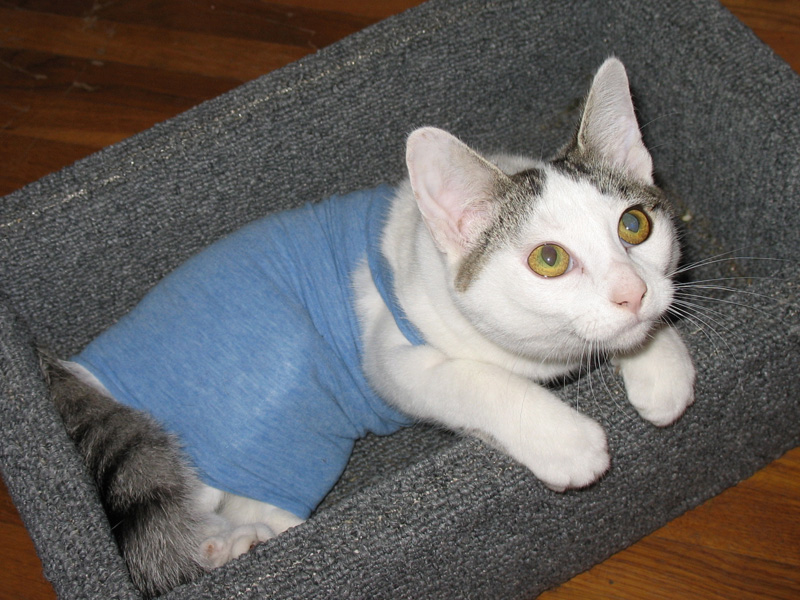 Here’s Kallie, sporting her little Flash Dance-style dress. She was spayed in early October, and two weeks later her scar became infected, and she wouldn’t stop licking it. I heard about the t-shirt idea, and it worked like a charm – she couldn’t lick any more, and the infection completely cleared up after a day. Saved us a trip to the vet. She’s mostly healed up by now (this picture is from a while ago).

It has been pretty busy around here. My website business just keeps growing – that’s a good thing! We are coming up on the busiest time of the year at the co-op, so I’m preparing for that as well. For the past few months, the co-op has been consistently seeing its highest month in sales – ever… I can’t imagine what November and December (our two busiest months, historically) are going to look like this year.

In my wee freetime I’ve been doing lots of crafty stuff. I’ve finally figured out votive candles (they are not as easy to make as one would think), so that’s been kind of fun. I’ve got a couple of big crochet projects. And yesterday I made this nifty little thing: 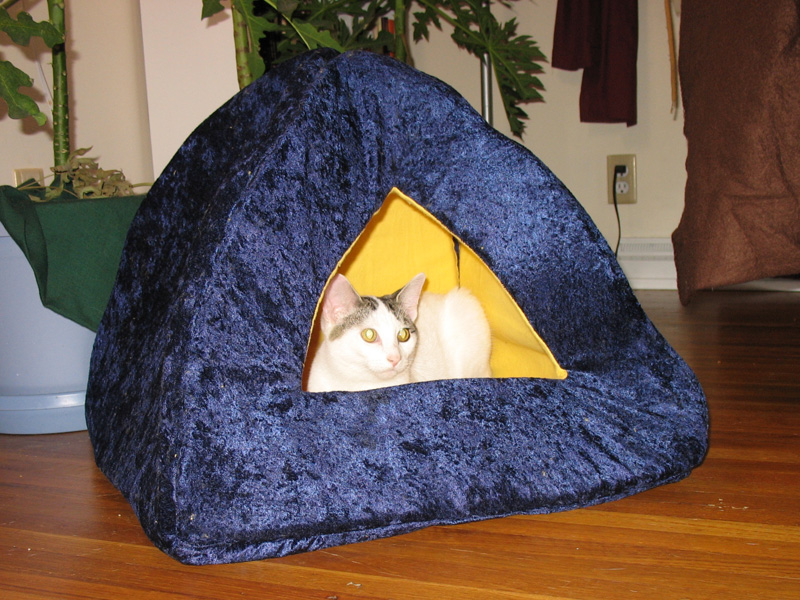 … I think we’re heading out to a larger town with a nice fabric store today. I have some things in mind for Christmas presents. I found the shiny blue fabric on the cat house at JoAnn’s in Willmar for $1/yard (!!!) a while back – I’m kicking myself for not buying more of it now.