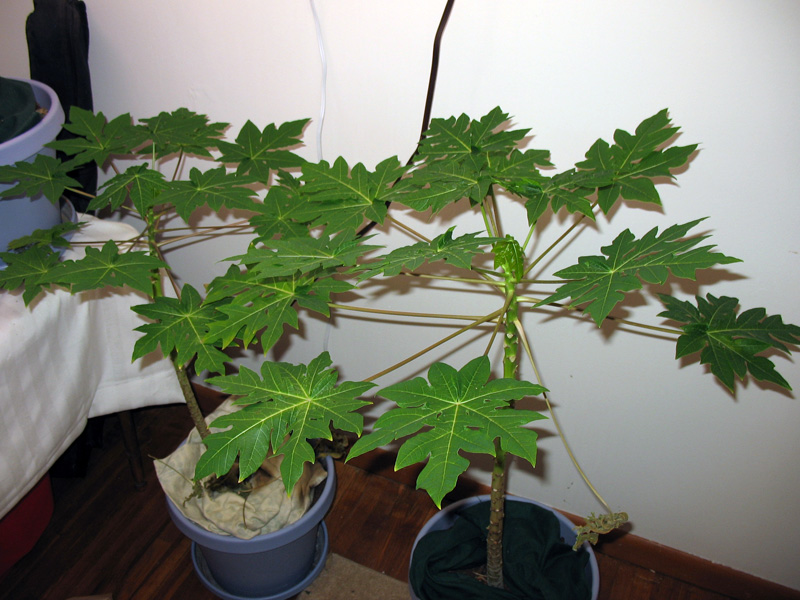 Just about two years ago, Chris brought home a couple of papayas from a grocery stroe in the twin cities. The giant one (pictured in the linked post) was a Meridol papaya. He also brought home a solo papaya. I planted the seeds, and soon had a couple dozen small papaya plants. 15 of them overwintered in 2006/2007… and four survived. Two of each variety — though I don’t know which are which.

I still have the four surviving papaya trees. As you can see, two of them are doing quite well! The two pictured above stand nearly five feet tall now, and I’m searching for new pots for the summer, when they will move outside.

The other two… well, they are going through some tough times. First, Kallie decided to break the top off of one of them: 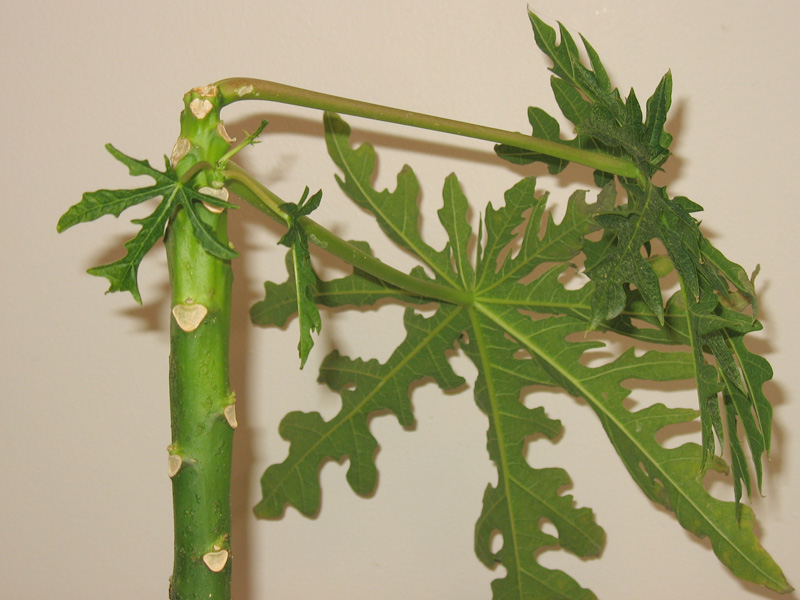 That prompted a papaya tree move into their own secluded room. The one she broke off started to branch off, you can see the new growth. I’m hoping this one makes it… it’s going to be a funny looking tree if it does!

And then, I ignored the papayas for too long. The fourth one became infested with bugs (spider mites?), and was full of web-like strings. I cleaned it off, and used a spray bottle to try and blast away what looked like eggs. Unfortunately, the leaves weren’t strong enough for my puny spray bottle, and it lost most of them: 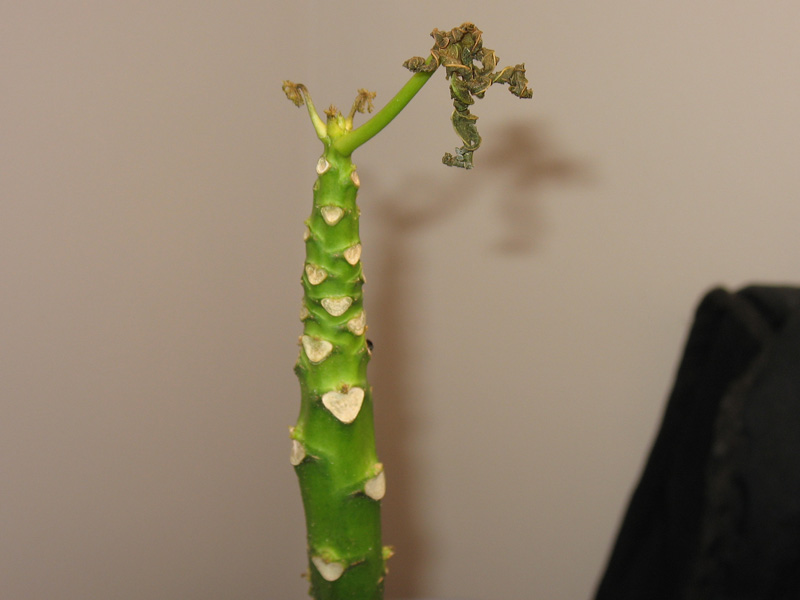 This poor guy doesn’t have much new growth. I’m worried about it. I’ve been diligently checking it for bugs and spraying it every day. It’s still green, and according to the “Papaya Experts” it may still have a chance. But this is what the 11 that didn’t make it looked like before their final days.

We can’t wait for summer! (If we move, I have no idea how I’m going to transport these guys…. BUT if we move, we’re building an attached greenhouse, so my tropical plant obsession can continue.)