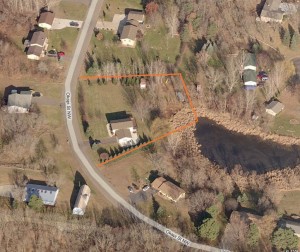 It’s about time I posted an update.

Pictured above is the house that I offered a huge chunk of change for yesterday. I don’t know what the owners think of my offer yet, but they have already purchased a new house so they are itching to move out.

Jumping ahead of the gun? Oh yeah. That’s right. I sold my house! Well, not QUITE sold yet – the pending sign isn’t officially up. But the inspection was last night, it went well, and things are moving along nicely so we close on December 15th.

Back to the house above: 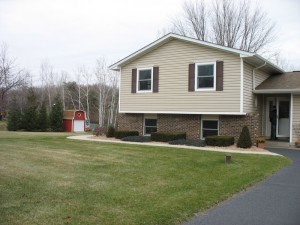 It’s in Ramsey. It’s also the only house I’ve looked at that doesn’t need thousands of dollars of work up front. Just over an acre, with a marshy pond in the back. 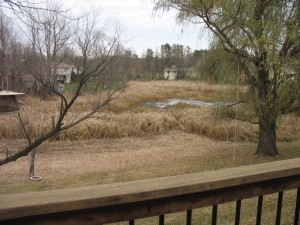 I realize this probably means mosquitos. Aside from that, the worst thing we could find wrong with the house was that one of the bathroom sinks was dripping just a bit – the plumbing needs to be tightened up. It also has a circuit breaker that was put in by a company who went out of business after being sued for causing fires – we’re asking for that to be replaced before purchasing. 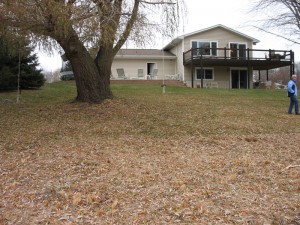 And, it has an AMAZING deck and patio. Absolutely beautiful inside and out. The down side is that it’s a bit farther out than we were hoping – but for the price, it’s really hard to pass up something like this.

I may be jumping the gun a bit by posting – I don’t know for sure yet if this is where we will end up living. But it’s pretty exciting!